In the 15 years since Professors Andre Geim and Konstantin Novoselov isolated and discovered graphene at the University of Manchester, the material has been heralded as a game-changer in the research and development of new materials.

The researchers, who peeled off layers of graphite with Scotch Tape to extract the single-atom thick lattice of carbon atoms, have been knighted and received Nobel Prizes as a result of this groundbreaking research.

The remarkable properties of graphene are now well-known and much discussed.

Small wonder then that over the past decade, its potential has been the subject of a spiralling number of academic papers - and a fair amount of media hype.

But the age of 15, as we all know, comes with a good deal of teenage angst.

The broad applicability and potential of graphene has been taken up by national and international bodies. Across the world, large consortia and research centres have been formed with the aim of translating graphene research from the lab to real-world solutions.

In 2013, Europe started its biggest ever research initiative, creating the Graphene Flagship to bring academia and industry together to perform coordinated research, with a budget of €1bn over ten years. In 2014 the National University of Singapore created its Centre for Advanced 2D Materials.

China's 13th Five-Year Plan for 2016-2020 specifically identifies graphene in its focus on new materials development for becoming one of the leading sectors of the national economy.

In the UK, Manchester is an epicentre of graphene development. The National Graphene Institute at the University of Manchester offers a hub for academics, researchers and industrial partners to work together on graphene applications. Research teams at the NGI have collaborated with McLaren to develop the world’s lightest watch and the University’s Professor of Materials Physics Rahul Nair, has demonstrated that graphene oxide has the potential to be used to filter water.

The University’s brand new Graphene Engineering Innovation Centre (GEIC) brings together specialist organisations from around the world to share knowledge and identify opportunities to advance the use of the material.  Mewburn Ellis is an affiliate partner of GEIC, as are organisations such as the US National Graphene Association.

A graphene ecosystem is developing in  Manchester. A district - “Graphene City” - will be, according to Luke Georghiou, Deputy President and Deputy Vice-Chancellor of the University of Manchester, “built around the people who will form the world’s first labour market to be highly skilled in 2D materials. Large firms will want to locate where they can access skills and world-class collaborators. Start-up companies and SMEs will face lower risks when they know they can recruit the people they need."

Universities remain at the heart of the graphene industry.

A burst of innovation

As I observed in this blog, there has been talk of putting graphene in everything from trainers to trains, concrete to condoms. Its tuneable characteristics means that modified graphene can be expanded into sectors such as battery and semiconductor technology.

Unlike earlier “wonder materials” such as carbon nanotubes, graphene has the powerful advantage of being more readily available in a pure form which is vital to take full advantage of some of the exciting electronic properties.

So while for now relatively few companies are conducting their own graphene research, many are keen to understand how they can integrate graphene into their existing products. Collaboration with universities is common.

According to market research, there were 13,371 patent filings about graphene worldwide in 2017. This was an increase of 30.7% over the previous year.

A growing number of innovative small companies are pushing the boundaries, and results are starting to flow through. For example, in China (the country which ranks the strongest in the global graphene industry) some 3,000 companies are exploring uses for graphene, and half of the world's graphene-related patents have been filed in China according to this article in China Daily.

While more uses of graphene are found at the laboratory scale, there are many challenges to make it a useful industrial material.  When advances are made and shared, the potential market expands for everyone working in the field, as we discuss in ‘Graphene: a whole new 2D world’.

Two key challenges are how to scale up the manufacture of graphene, and how to ensure its standardisation.

At present, numerous methods are being deployed to produce graphene in greater quantities than can be achieved by the sticky tape method!

The top-down approach starts with graphite and ‘exfoliates’ it - breaking it up through mechanical, chemical or electrochemical processes - to make graphene platelets.

There are process engineering challenges in both routes. Scaling up the manufacture of graphene is not just a question of making greater quantities and improving the efficiency of production. In order to take the next step to industrialisation, it is vital to develop characterisation and quality control methods which will guarantee that what is being served is what was ordered.

The National Physical Laboratory (NPL) has done excellent work in developing accepted answers and in 2017 the first ISO relating to graphene was published.

But there is still no single, commonly accepted definition of graphene. True, there may be an agreed theoretical definition - that it is a single layer - but in practice a material is likely to be called graphene when it in fact consists of several layers. Crystal size, thickness, functionalisation: not all “graphenes” are the same. Different suppliers using subtly different manufacturing techniques can yield inconsistent results - which can potentially affect the qualities of the product.

The issues, as I explain in my article for our new Mewburn Ellis magazine Forward have important ramifications for companies buying graphene, for researchers, and even for patent attorneys.

The current market is modest in size; the global graphene industry was estimated to be worth $200m in 2018.

But massive and groundbreaking applications will be developed. This is a material that has been discovered by scientific investigation; it has not been developed for a particular use. So right now, we are in the phase of experimentation. It is being applied from toothpaste to aircraft. It has started to make jumps out of the laboratory into the real world. The teenager is trying things out, finding their own identity.

It is simply a question of which initial directions it takes and how the times to market vary.

There are novel graphene-based devices across a range of fields including photonics, optoelectronics, energy storage and conversion, flexible electronics, sensors, composites and coatings, and biomedical applications.

Its use in composite materials for the automotive and aerospace sectors would appear to be an early win for graphene. Its advantages of lightness and strength provide clear economic gains for manufacturers; and in this structural application, there will be fewer concerns about achieving optimum purity. Other areas in which we could see faster uptake of graphene will be in fields such as anticorrosive paint or coatings, and energy storage.

On the other hand, in those applications where there is a premium on the material’s purity and consistency - such as high-end computing and high-frequency electronics – commercialisation may seem further away.

Graphene, as a broad technology, presents many IP challenges.  The standardisation issues mentioned above are only the tip of the iceberg.

Being such a hot new technology, there is a lot of activity patenting and disclosing advances. Quickly, the field is becoming crowded, making it more difficult to carve out protection for background IP and encouraging fast action on foreground IP.

Since a lot of work is being done in the academic arena, journal publications will be a key part of the ‘prior art’ for many years to come. However as more and more patents are filed, of course subject to a lower level of scientific scrutiny than an academic publication, erroneous or over-reaching disclosure is a real concern. Innovators must be careful to strike a balance between protecting their current work while not inadvertently affecting the patentability of later or concurrent work.

Another issue affecting a relatively new patent field is that examiners’ technological experience may not be at an equal level with their patent examination experience (and vice versa). Therefore, in the coming years, education on both sides of the equation will be important.

There are also still the wider, special challenges of IP surrounding new materials. Gaining suitable patent protection for innovations in advanced materials can be a serious uphill struggle at the European Patent Office.

In view of these challenges, the growing raft of innovators and entrepreneurs in the emerging graphene economy will need to show as much flexibility (and strength!) as the material itself. 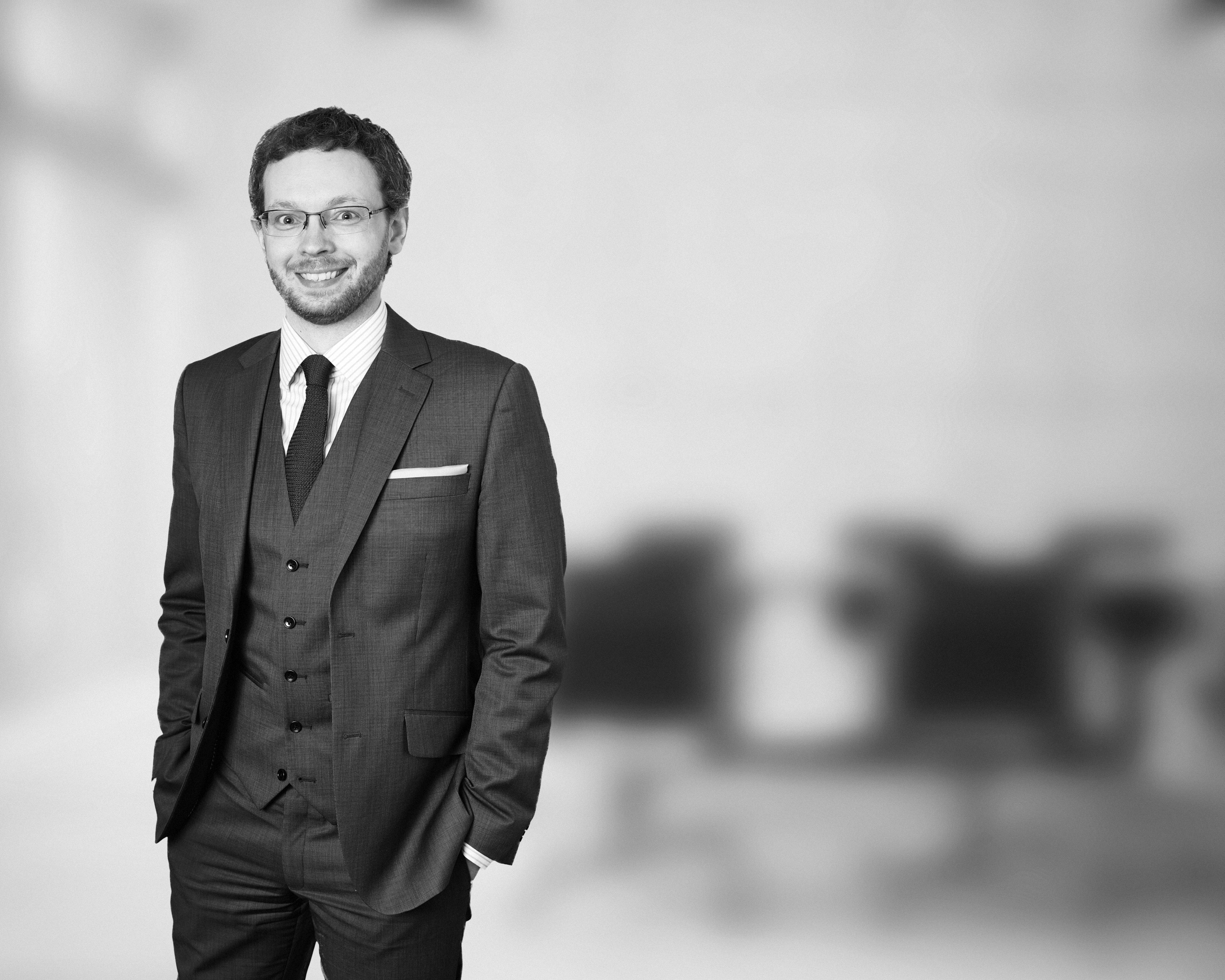 Working primarily in the chemical and materials science fields, Matthew has significant experience of the intricacies of the EPO. He advises and assists clients with all stages of drafting, prosecution, opposition and appeal before the EPO. Many of Matthew’s clients are Japanese and Chinese businesses that are seeking European patent protection. These include multinational corporations in the fields of high-performance ceramics and carbon fibre technologies, as well as pharmaceutical and cosmetic companies. He also works with several research institutions and university technology transfer departments across Europe.

Graphene has been heralded as a game changer in the research and development of new materials since it was discovered and isolated by researchers at The University of Manchester in 2004.  It is the world’s most famous ‘2D material’. 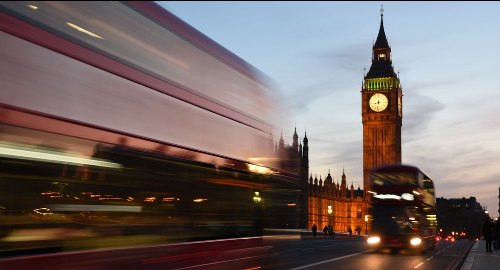 16-17 November 2019 saw a momentous occasion: innovators, creators and thinkers came together for the world’s first Graphene Hackathon.  24 hours for 10 teams to design, prototype and pitch new products, ideas and business based on graphene ink technology. 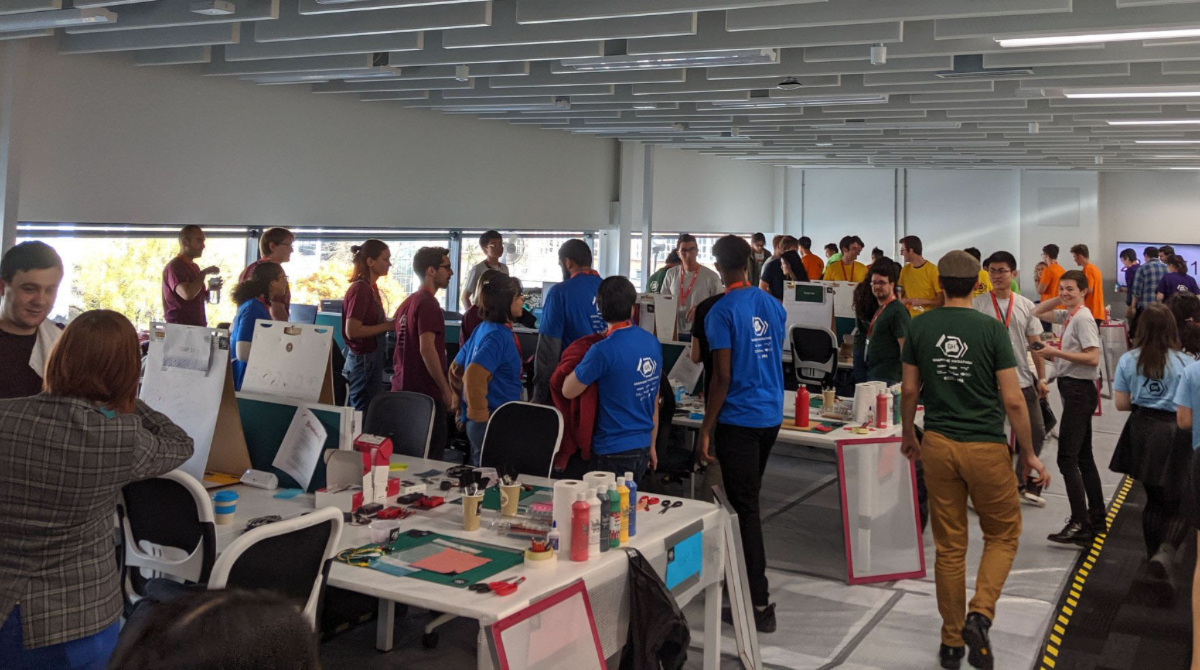