Intermodality: the future of transport?

Search the term 'intermodality' and you'll turn up a number of definitions and some fine distinctions (when does intermodality become multi modality, for instance?). But the consensus seems to be that the term refers to an integrated transport system that delivers people or products from one destination to another.

In terms of industry, intermodality may refer to the logistical chain that moves goods from manufacturer to buyer, incorporating rail, road and water transport, with the distinction that the goods don't need to be 'handled' in the course of the process (think a container that travels by sea and land). In terms of public transport, it may mean an integrated network of rail, bus and other mobility solutions (nodes) that allows commuters to travel seamlessly from home to office, for example. Where multiple modes of travel are involved, the services should be planned so that transitions are natural and form part of an interlocking transport ecosystem.

The promise of true intermodality in the global supply chain (with the potential it offers for reduced costs) is rarely realised, encompassing as it does a complex partnership between detailed logistical planning, real-time data and the need to factor in mechanical failure and environmental factors (weather and infrastructure being just two potential pressure points).

Integrated human transport is no picnic for urban planners either, who want to provide joined-up solutions in the world's largest cities. Yet, as the threat of climate change compels us to radically rethink how we can make impactful change in the way we live, the idea of providing intermodal transport solutions to cut down independent car journeys, congestion and emissions is increasingly attractive - if not an outright imperative.

The primary challenge to widespread adoption of intermodal public transport was described well way back in 2011, by the European Platform on Mobility Management: 'Why do people keep using their cars, even when cheaper, faster and more convenient alternatives exist?' One of the reasons, it said, is the ease of use and flexibility of the private car. 'No single sustainable mode has the image of covering a traveller's mobility needs like the private car does. Only in combination [can] sustainable modes be a truly attractive alternative ...'

With cities having the most to gain from creating intermodal solutions, notable inroads are being made - some thanks to the rise of what Deloitte Consulting calls 'mobility as a service' (MaaS). In a recent article on the subject, it pointed to a project in Helsinki that lets residents use an app - Whim - to plan and pay for journeys by train, taxi, bus, and car- and bike-share. The goal, says Deloitte, 'is to make it so convenient for users to get around that they opt to give up their personal vehicles ... not because they are forced to, but because the alternative is more appealing'.

Technology is at the heart of the offer - a digital platform integrates end-to-end planning, ticketing and payment. Similar offerings include UbiGo, which is being launched in Stockholm following a successful pilot. The service offers households a subscription service that gives access to public transport, car rental, car-sharing and bikes. Through a partnership with Fluidtime AG, the company plans to offer a franchising concept to MaaS operators in other cities.

Uber's recent moves to extend its reach beyond cars (including a partnership with smart mobility provider Lime, and its acquisition of e-bike provider Jump) acknowledge another of the key issues facing successful intermodal transport - not all people will live near to a major transport node.

In London, a unique test bed recently explored the use of autonomous vehicles as a crucial piece of the intermodality puzzle, in the 'shared mobility' space. The GATEway Project invited the public to use a driverless shuttle service (pictured far left) in the Borough of Greenwich, and collected feedback from users. The objective was to understand how automated vehicles can fit into future mobility in London and other cities, and what barriers remain to be overcome, particularly psychological ones.

More than 31,000 people engaged with the project, and attitudinal research carried out alongside revealed that 43% felt positive about driverless vehicles as a result. The research also found that among participants 'private car ownership was of less importance than ease of mobility'. While just one small study, the GATEway Project does offer hope of breaking the stranglehold of car ownership and making urban intermodality a viable future goal.

Christoph handles original patent drafting and prosecution at the EPO and DPMA (German Patent and Trade Mark Office), principally in the engineering sector. He regularly represents clients in opposition and appeal proceedings, as well as nullity and litigation proceedings before German courts. Christoph advises clients on all matters of IP strategy and portfolio management, including Employee’s Inventions in Germany. He also handles design matters. Christoph is spearheading our dedicated team of future mobility experts.

Future mobility: the new direction of transport
by Christoph Moeller posted on December 11, 2018

Massive social, economic and technology trends are converging to change mobility - how we move things from point A to point B, be they people, goods or containers. All of these drivers of change are self-reinforcing. We are at the start of a period of profound change: the ways by which we travel and move things will be very different from what exists in most of the world today. This is a revolution that will touch every corner of our lives.

The journey of rLoop - a new technology innovation network disrupting the world of transport and IP
by Graeme Moore posted on May 29, 2019

As a child growing up in Blackburn, near Manchester, UK, Ilyas Vali dreamed of owning a dog. He wanted a German shepherd, but in his community keeping dogs was frowned on for religious reasons. It took nearly 40 years, but Vali finally found a hack: he bought a pet wolf (well, a Saarloos, a cross between a German shepherd and a European wolf). 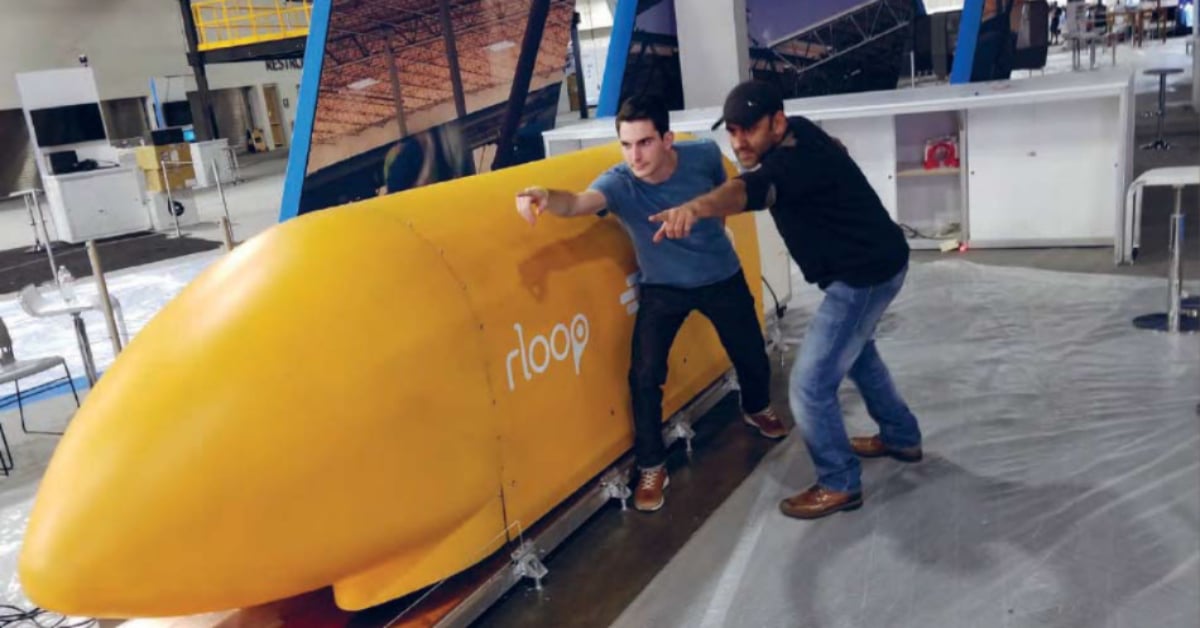